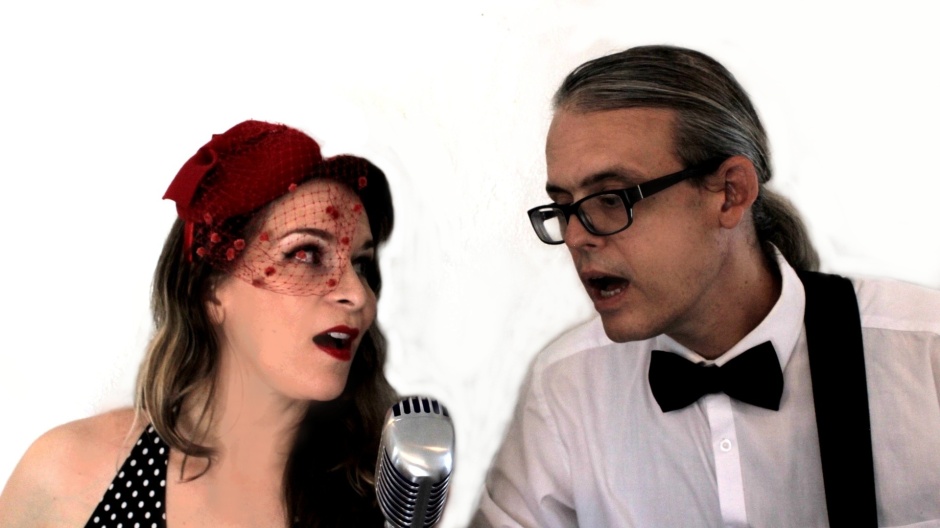 It’s possible that when it comes to respect, the ukulele is the Rodney Dangerfield of musical instruments. Due to its small size, only having four strings and ease of play, to many folks it’s not much more than a toy, and a limited one at that. Of course in the right hands, such as with the duo of Birdy & The Bow Tie, who perform at the Te Mana Café on Oct. 15, ukulele can be played to virtuoso levels and is the perfect accompaniment for fun and sing-alongs.

Comprised of Alison Marae and Wil Forbis, the evening will include a performance of vintage jazz tunes as well as an opportunity for ukulele enthusiasts to join in and strum along. The duo’s name is a nod to the instruments first heyday in the 1920s.

“We brainstormed band names and discovered that every name we came up with was taken,” she laughed. “We mostly just wanted a name that represented a duo and had a slightly vintage vibe about it. ‘Bird’ was a slang term for singers of the era and the fellas wore bow ties, so it fit.”

For Marae the choice to play ukulele over an another instrument was pragmatic. “I started playing because a friend gave me a ukulele,” she recalled. “I play piano, but wanted something portable that I could accompany myself with when I sang.

“I tried the guitar many, many times but my hands are too small. So when I got the ukulele I had already learned some basic chord shapes on the guitar and applying them to the ukulele was so easy! I was hooked right away and couldn’t put it down.”

She notes that despite its minimal strings and size there isn’t much of a limit to the types of music that can be played on a ukulele. “Maybe not death metal and rap,” she joked. “But honestly, anything goes these days. There’s this group from Australia called Bosko and Honey and they definitely have an edgy sound. Sort of avant-garde ukulele meets hard rock. They’re a trip!”

Marae considers the ukulele to be easy to play but as with anything, the more a player put into their craft, the more they will get out of it. “You can master anything with practice and patience. And more practice,” she said.

The music Forbis and Marae play covers all genres, but there focus is vintage material. “Jazz is a term that gets applied to music from the early 1900s up to modern day.” She said. “What we preform is vintage jazz, which applies to music from the 1920s to the ’40s. You could think of it as the pop music that came right after Dixieland.”

The pair have also added some vintage ’50s and ’60s country to their repertoire as well.

Birdy & The Bowtie recently returned from a successful West Coast tour, where they found a growing audience for ukulele music. “There’s a lot of interest in ukulele music not only nationwide but also worldwide, particularly in Europe right now,” Forbis said. “We toured France and England about a year ago and had some great shows there.”

The pair considers, performing music it’s own reward. “Singing and playing music for the elderly and children is my favorite,” Marae said. “I also really enjoy teaching music.”

Forbis considers music to be an endless source of inspiration. “It’s just a giant, mysterious world you can never get tired of exploring,” he said. “For instance, lately I’ve been reading a lot about music composed by computers. This is actually something that’s been going on for decades though you don’t hear much about it,” he mused. “The music world is full of surprises.”

Marae is particularly pleased to see people of all ages coming together at their performances, especially when the audiences join in. “There is something really wonderful happening when everyone is playing and singing together. Its music therapy, it’s community, it’s friendships and it’s fun,” she said.